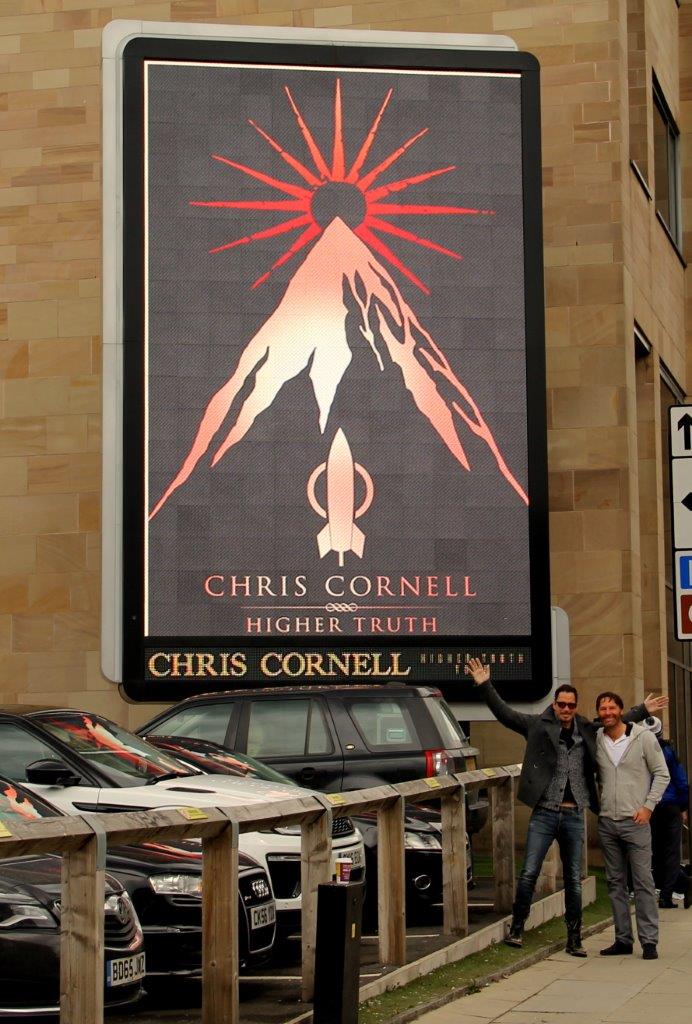 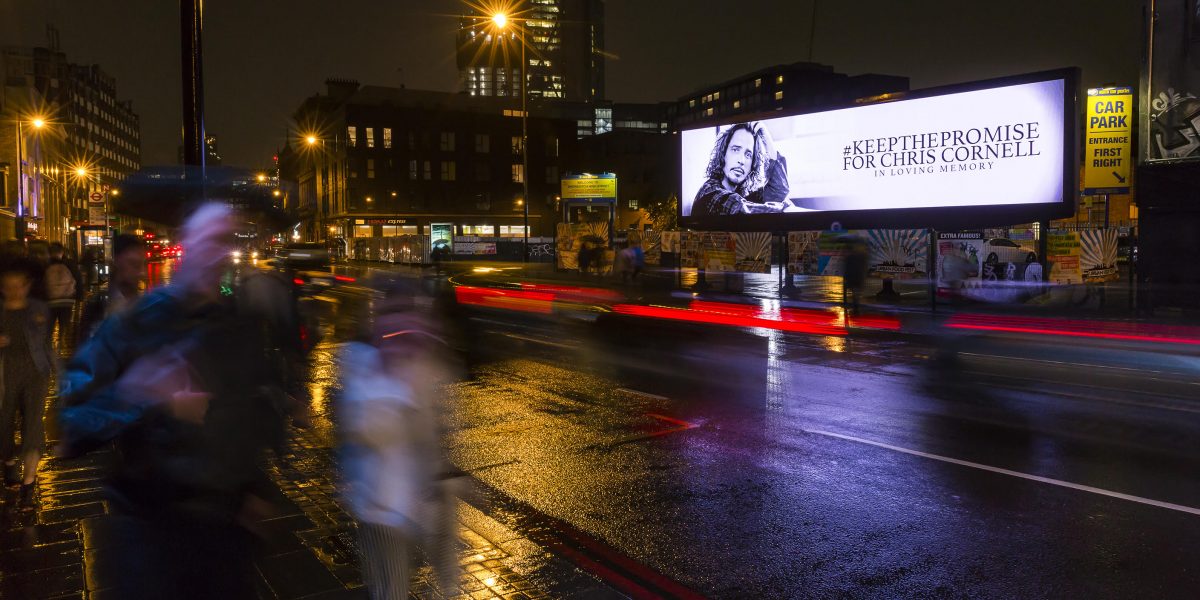 I run an advertising company in England. About two years ago I ran some material for Chris Cornell, it was for his forthcoming Higher Truth release. This was through his record company and as someone who admired his music I was able, due to it being my company, to run some extra promotion for him.

I had never spoken to Chris at that point, however I sent him a message on twitter and attached the photographs of what we had done, and kind of forgot about it.  About two weeks later I was sat watching TV and my phone pinged and it was a message from Chris. He said he was really grateful for what we had done and was really impressed by how it looked.

Over the next few months I ran some more stuff for him, promoting the CD release and then the UK tour and kept in touch with him.  Every time I wrote to him he wrote back and was always very courteous and interested in what our company was doing. Eventually it so happened that I was in Sydney at the same time as he was playing there. Chris invited me to the show and arranged the tickets, and also said we should meet up beforehand.

The first time I met him he was sat playing his guitar in one of the rooms at the back of the Sydney Opera House. The first thing I noticed as we met was how tall he actually was. Im 6ft 4 and he was easily as tall as me. He was warm and friendly, but in a very reserved way. We spent ten minutes just chatting, he was really interested in my business and it was just very special to me. He said he didn’t really like to talk so much before gigs as he was very protective of his voice. He was such a charming guy and extremely humble, down to earth and interesting. The concert itself was amazing and it was one of the best nights I have ever had

Over the next few years I met him on numerous occasions. As he got to know me he was less guarded and his sense of humour came through. He had a very sharp wit and was very funny in conversation. He rarely talked about himself, not egotistical in any way. He was extremely proud of his family and I could tell that whilst he toured a lot he missed them greatly. I think that is what helped keep him grounded.

One on memorable occasion I picked him up at his hotel in Manchester and we went on a tour of the city to look at the promotions we were running for him. Here’s me and Chris Cornell driving round Manchester and chatting about this and that. He never ever made me feel like he was a ”star”, he was just a normal guy with a special talent. He was happiest with a guitar and an audience, he said it was intimate, like being in his front room with a few friends round. My favourite memories are of those acoustic concerts. Whenever he was in town or where I was near I would go and watch the gigs and meet up to say hi.

Every time I saw him he was relaxed and content, and was very easy to be around.

I went to see his charity performance in Malibu earlier this year and even though there were lots of celebrities there he made sure he invited me up to his dressing room to say hi. That’s the guy he was, thoughtful and kind.

I am just a normal guy, yes I was a fan of his music but I was lucky enough to get to know him and I consider that such a privilege. Have no doubt that he was as genuine and nice as he came across in interviews.